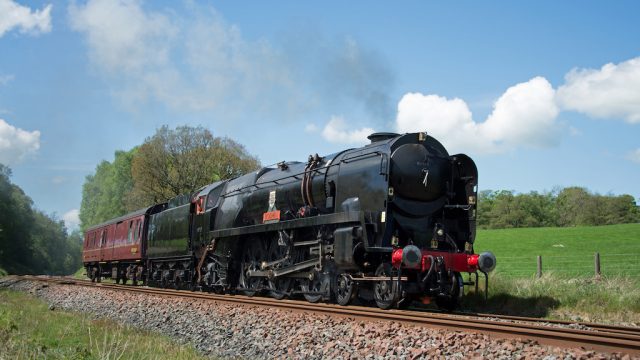 Relive the 1940s with Wensleydale Railway !!

Wensleydale Railways have done us proud! 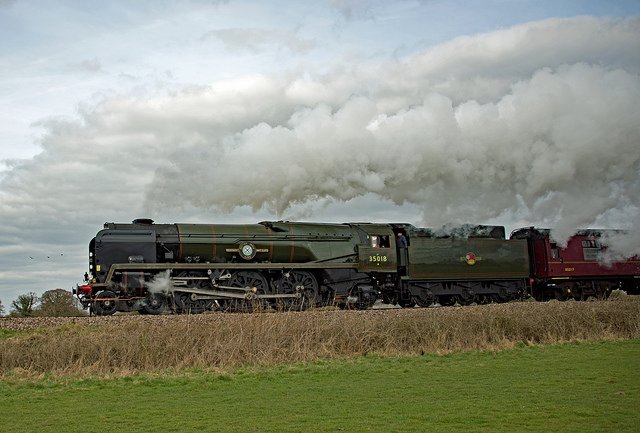 We’re DELIGHTED to announce that Merchant Navy 35018 ‘British India Line’ will be running on for the WHOLE 1940’s weekend!!
This engine was one of the first batch of twenty SR Merchant Navy Class steam locomotives to be built by the Southern Railway in 1945. It spent most of its working life working out of the Nine Elms Locomotive Works, Battersea, and was withdrawn from service in August 1964 when it was sold onto Woodham Brothers scrapyard in Barry, South Wales where it arrived in December of the same year.

It was identified for restoration in 1979 – but not much serious work was actually undertaken until 2012 – and it’s only recently that it’s been doing real ‘main line’ work. [Detailed History Here]

35018 should be arriving from York via Castle Hills (Northallerton) on Friday 20th July – supporting the Leyburn 1940s Even all weekend! 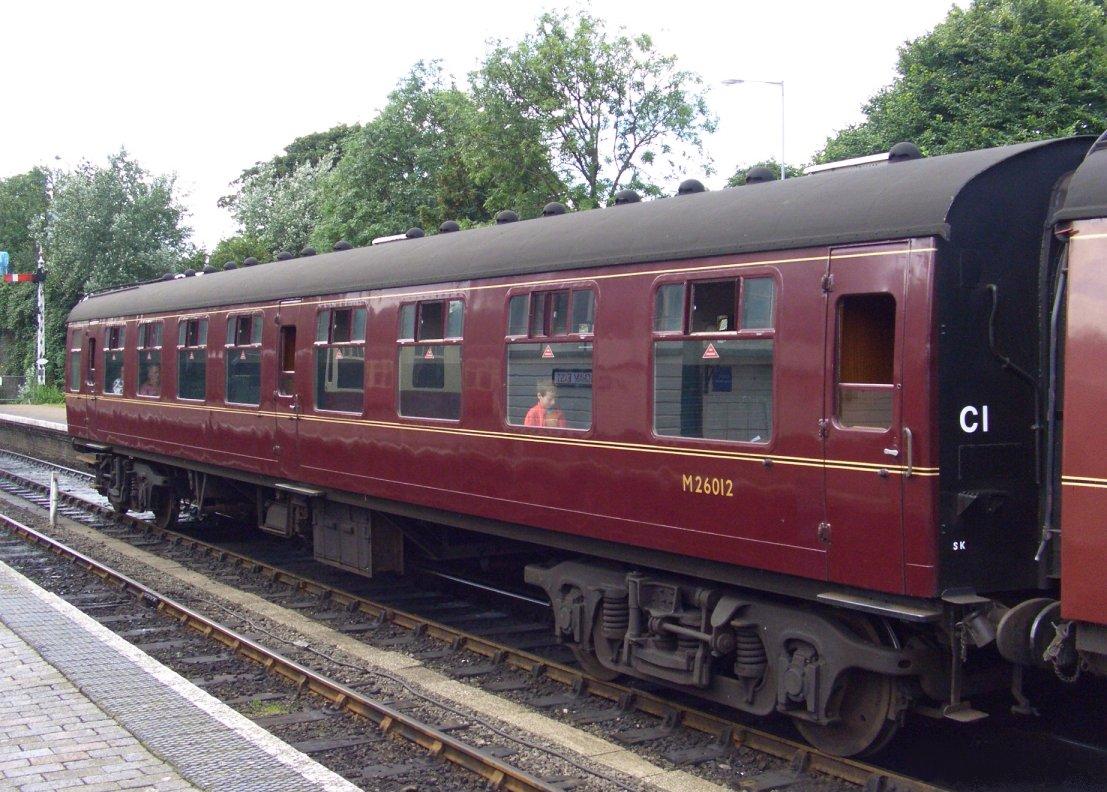 As if that wasn’t spectacular news on it’s own, ‘British India Live’ will bringing with it its support coach, and the Mk1 SK from the ‘Hogwarts Express’ and a diesel pilot loco.

The Standard Corridor type of railway carriage was one of the iconic mid-20th century designs ( which was coded SK by the LNER and BR, and CF by the LMS )

The layout of the coach was a number of compartments, all of which were standard class (known as third class until 1956), linked by a side corridor. It’s Iconic status has been much enhanced in recent years by its use in the ‘Hogwarts Express’ !! 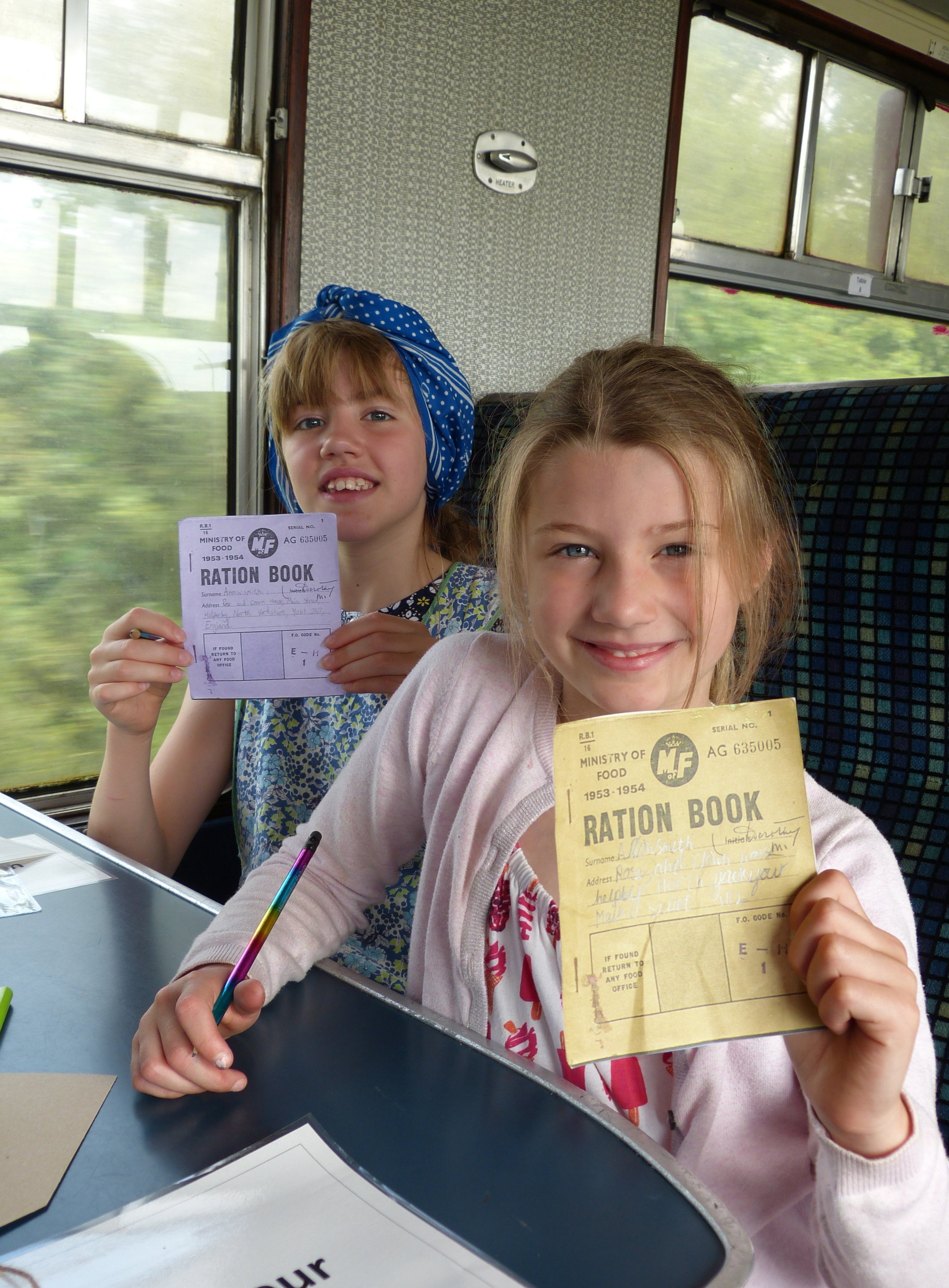 During the journey there will be an assortment of activities for children, such as making a gas mask and ration cards, and adults can get involved too!

[Further Details – and how to book – Here]

Full Day of Children’s Activities at The Arts Centre 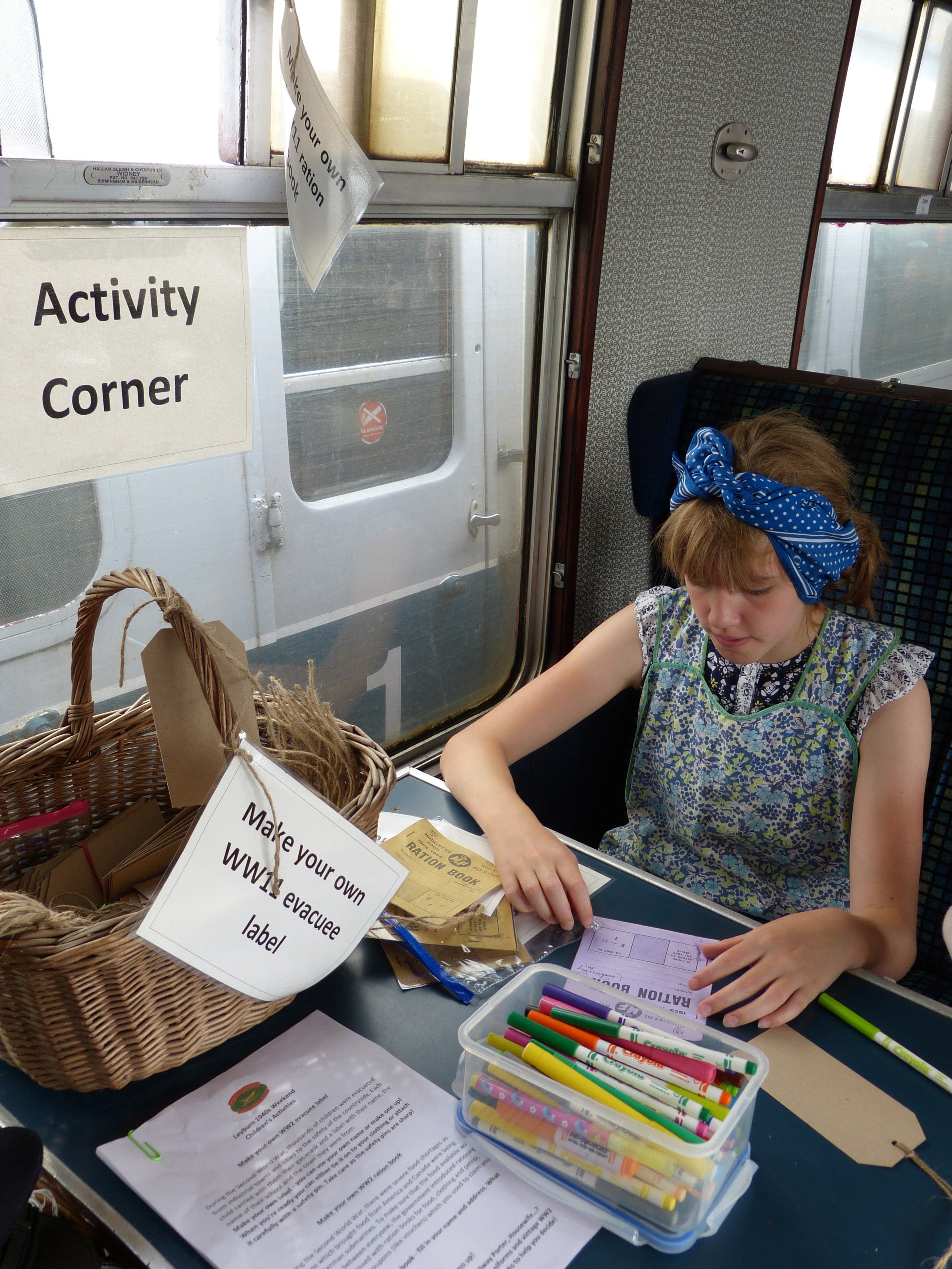 You can make your own ration book, Medals, bunting – as well as dressing up in the well stocked dressing up area. These activities are all being run by Wensleydale Railways heritage and education team.

If you’re bringing Children (of any age!) with you, then this is not to be missed 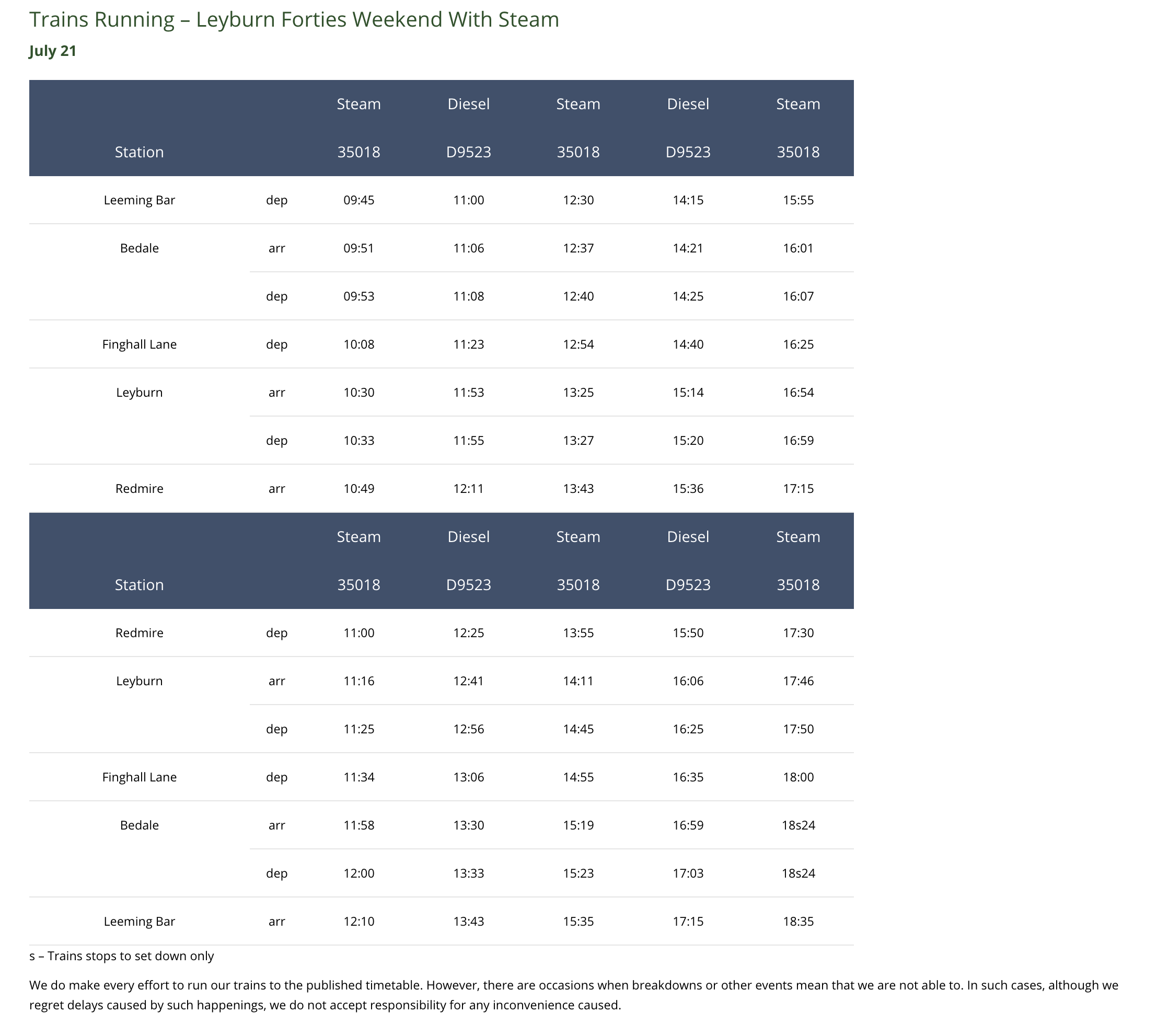 Even if you can’t – for whatever reason – take a trip on the train yourself, you’ll be wasting a great opportunity if you don’t pop down to see the Splendor that is (1940s) Steam at some point over the weekend.

Check out the Timetable.