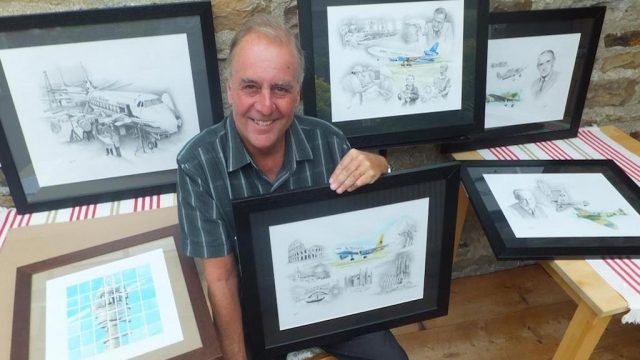 Art Exhibition – not to be missed!

Author:admin
Category:News
← Homefront Vintage Fair 2018 at Thornborough Hall
Lots to see and do at The Arts Centre →

National Award-winning local artist, John Hunter will – once again – showcases a range of his work at The Old School House (TOSH – Leyburn Arts and Community Centre – LACC) over the weekend. In fact John’s exhibition runs from 5th July to 2nd August.

John Hunter, from Grinton in Swaledale exhibits his work throughout the UK – he has a particular passion for aviation inspired artwork. 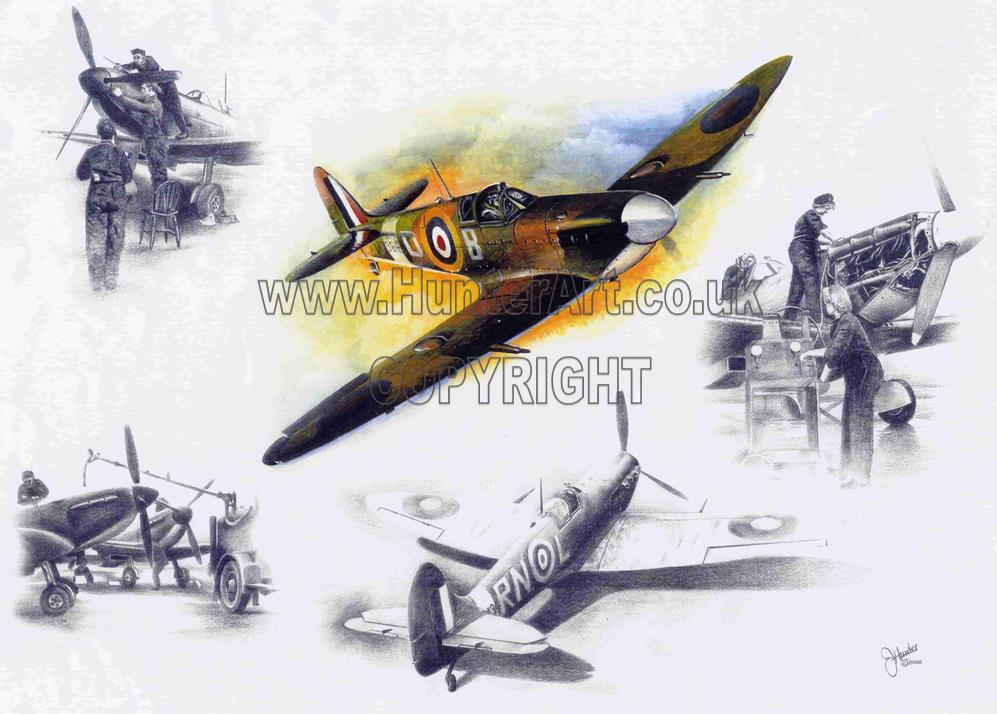 Although his late Father served in the RAF during WWII, it was growing up in ‘Bomber County’ Lincolnshire, surrounded by numerous RAF airbases which kindled an interest in aircraft for the young artist John. “Seeing Vulcans on final approach to Scampton and Waddington, and dozens of Lightnings and Phantoms daily was enough inspiration to set about sketching” Everything that flew became a source of interest – particularly military planes –and in addition to his own ‘art’ John cut out and saved illustrations from the popular magazines of the day such as ‘Look and Learn’ and ‘Speed and Power’- particularly those by his idol, Wilf Hardy.

Fast forward 25 years or so, and the grown up John – now a successful Music teacher and performer had all but ceased to draw. ”My wife Jane and I performed regularly in our Jazz quintet, and were involved with at least one stage musical per year in addition to school concerts, trips and tours to such places as Paris, Barcelona and Florida” – but a chance comment one day led to John entering a drawing into a local agricultural show. The entry won its class, and John’s interest in art was re-kindled. More aircraft paintings were completed, and John was put in touch with the RAF Benevolent Fund, who were so impressed with his work that they produced cards and other merchandise for sale at airshows and events. “I was even invited to ‘sign’ my prints at the Royal International Air Tattoos at Cottesmore and Fairford – the first time my work became ‘global’ – I even had the opportunity of meeting and becoming friends with my childhood hero Wilf Hardy – whose artwork was still being used for the airshow posters and promotional material.”
John began exhibiting his paintings at the Mall Galleries, London in 2002 with the Guild of Aviation Artists, and has done so every year since – with this year being very special as the actual RAF 100th celebrations are being held outside the gallery on the Mall the very week of the exhibition! “I’m really looking forward to the hundred aircraft flypast!” John commented. 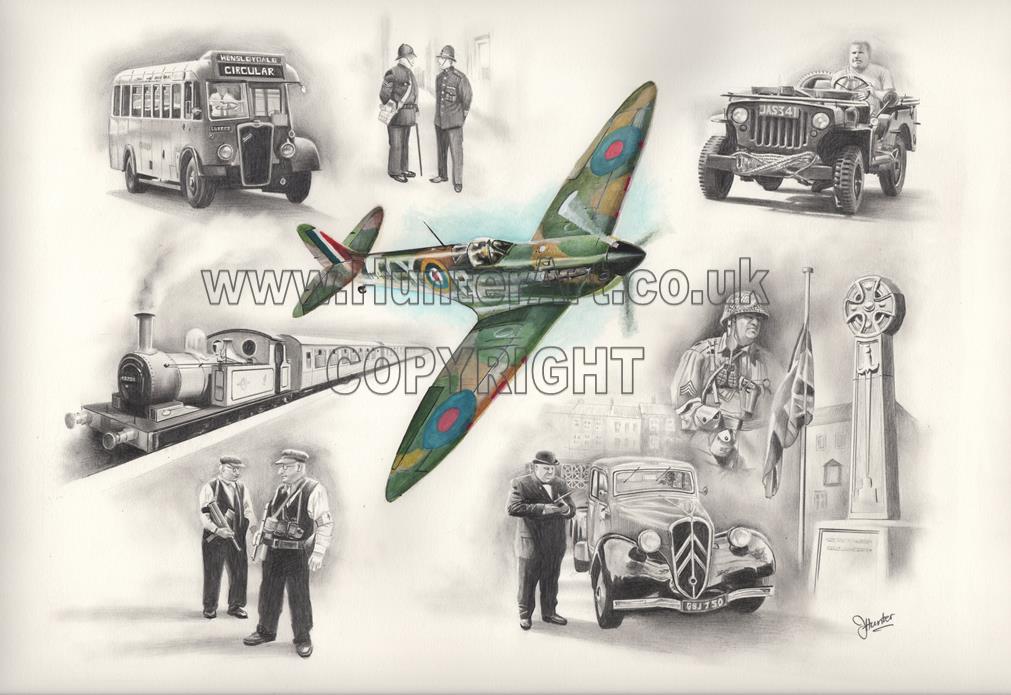 Now retired from teaching, and running a Bed and Breakfast in Grinton with wife Jane, John still finds the time to sing in Marske choir, and play for Richmond Operatic Society, with whom he will shortly be helming a couple of stage musicals. “I guess some might say I’m living the dream – with both music and art now totally equal – Last year I had the great honour of being asked to create a one man exhibition for the RAF Club in Piccadilly, London, which was a great success” On the musical front John has just accompanied the Brighouse 1940’s weekend wartime show with his friends Natasha and Paul Harper (who will be performing himself at the Leyburn 40s weekend in July), and also for ‘Project Propeller’ in Wolverhampton – “I’ve been involved with this event for 15 years, and have taken my Big Bands and Jazz combos to entertain the 100 or so flying veterans who are flown in from around the country for their annual ‘reunion’ – this year I’ll be entertaining on the piano, and performing with the RAFs Heather and Matt Little – as well as selling my artwork!” 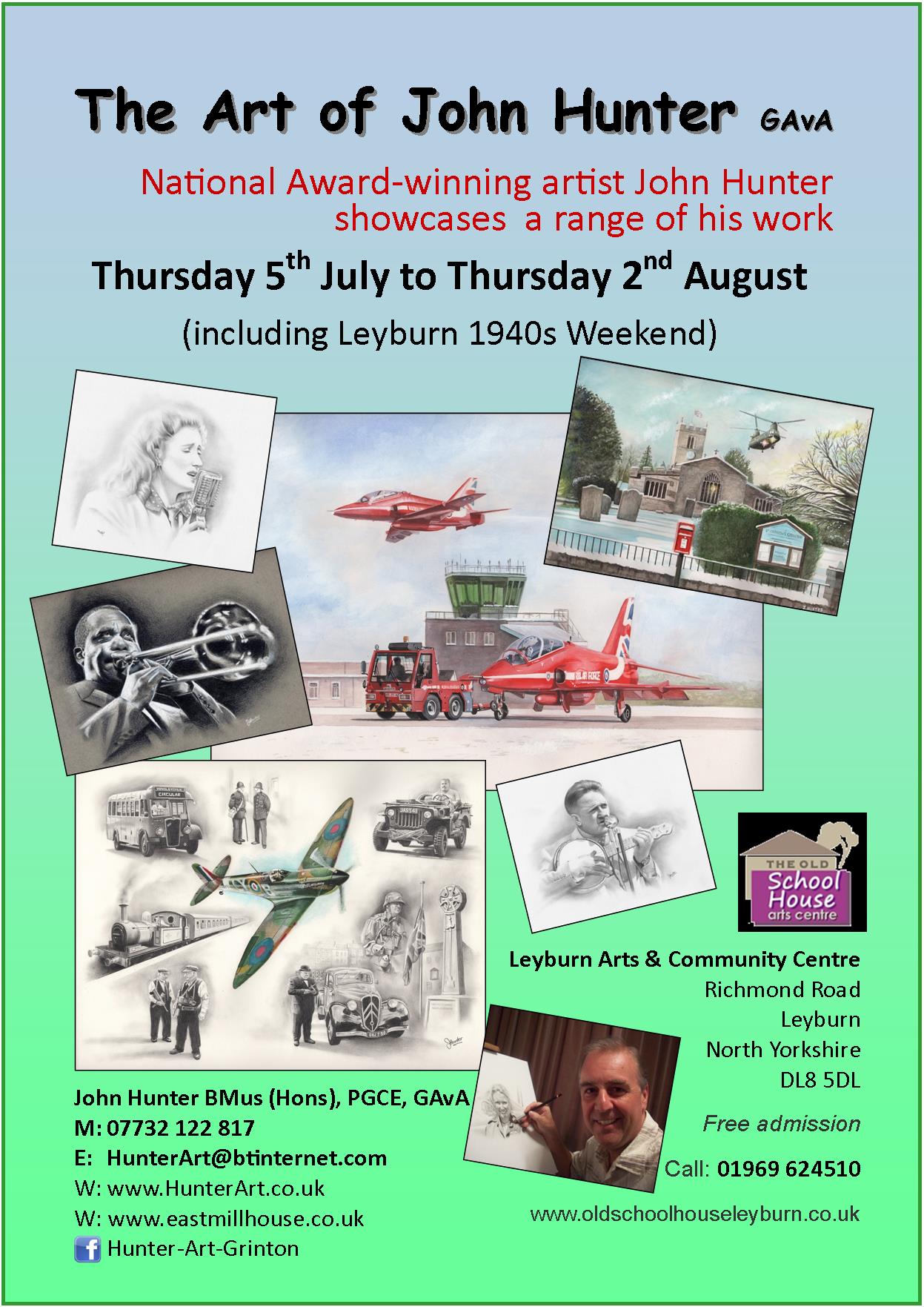 John’s exhibition at the LACC will feature his aviation paintings and drawings but also include some rural scenes and portraits. Limited edition prints and cards will also be for sale. John will be present over the 1940s weekend if anyone wishes to chat about the work – or discuss commissions – “and I hope to squeeze in a little 40s flavoured piano playing as well if I can!” John said.